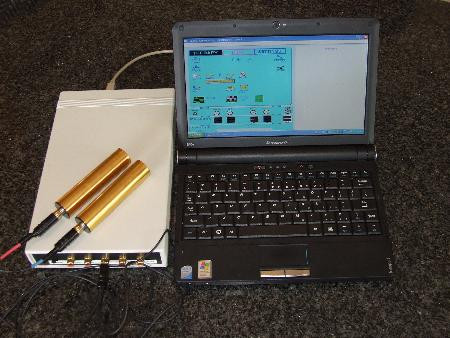 It treats a wide range of ailments by applying resonance therapy

Electronics supplied by Fscan Switzerland. Adapted in SA to operate via a computer. 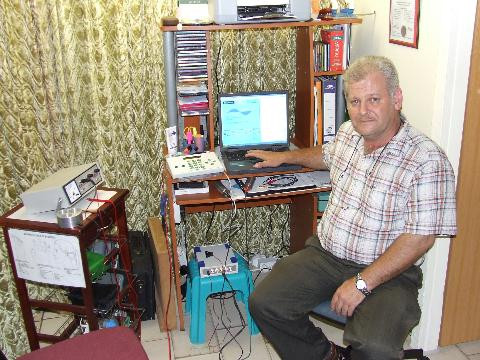 Scanning an individual takes little time. A WaveScan procedure does not have to take more than 10 minutes. One sees the results instantly, not like in the case of many other tests that may even take days. Acurate monitoring of patient’s infection status can be done in minutes.

*Please note that this is an estimate of costs as currency fluctuations may influence the price.

The dilemma with which health and medical practitioners are being continuously confronted is to determine which pathogens their patients are infected with.

A good example is for instance where the patient complains about chronic fatigue. There are numerous pathogens that may cause chronic fatigue symptoms, such as the Epstein Bahrvirus, the whole range of Coxsaci bacteria as well as a wide spectrum of parasites, including worms and liver flukes. The solution to this dilemma is to scan the body in a short period of time for all pathogens present.This can be done by the WaveScan.

Every substance in the body (hormone,toxin, vitamin and pathogen) has a unique energy signature comprised of 55different electrical measurements, including frequency, voltage, amperage, inductance and capacitance. Using bio-resonance, the WaveScan sends pulsed electro-magnetic signals at different frequencies into the body and by detecting the responses to each signal, it can identify the pathogen by comparing it withthe data stored in the WaveScan’s memory base. The WaveScan is a frequency scanner that is able to detect the presence of pathogens by transmitting a burst of frequencies through the body, and by applying the principle of sympathetic resonance, it reports back on corresponding resonance activities.The principle of sympathetic resonance involves that if there are two similar objects close to each other and one of them is vibrating, the other will begin to vibrate as well, even if they are not touching. As it is a scientific fact that everything resonates, it is thus understandable that if the resonant frequency of each pathogen is known, one can determine which pathogens are present in the body. Thanks to medical research pioneers such as Dr Royal Raymond Rife and Dr Hulda Clark, most of the known pathogens have been identified with a specific frequency. When new pathogens such as SARS became known, their frequencies could be determined as soon as their DNA signatures had been identified. "Unknown" pathogens such is many times the case with the mutating flu virus will show as a high spike on the graph with its corresponding frequency. One can then either "zap" this unwelcome unknown infiltrator with the Wavescan or with a Wave5.   In the same way that a sound wave can induce resonance in a crystal glass and ultra-sound can be used to destroy gallstones, the WaveScan can transmit a series of frequencies through the body and detect when a similar frequency is returned to the WaveScan. When a patient complains about an infection the practitioner needs several blood tests to be done to determine which pathogen is causing the infection. The results of the blood test itself may take a minimum of a few hours before they are known. It may even take days, depending on how busy the laboratory is and the type of pathogen involved.The WaveScan can therefore be applied in a health or medical practice that necessitates the quick identification of pathogens. With the pathogens identified, the practitioner can now verify the WaveScans results with a blood test as the WaveScan dramatically narrows down the wide range of pathogens that may cause the symptoms. Instead of requiring maybe 10 or even more blood tests, one now can drastically reduce the number of tests required. With the WaveScan’s results at hand, the practitioner can apply the information straight away to assist him or her in making a proper diagnosis.

The advantages of the WaveScan:

One sees the results instantly, not such in the case of many other tests that may even take days for a result.

Accurate monitoring of patient’s infection status can be done on a regular basis. Scanning is completely safe and nothing intrusive like needles.

It is mobile. One can take it with your laptop. Especially when travelling to tropical areas.